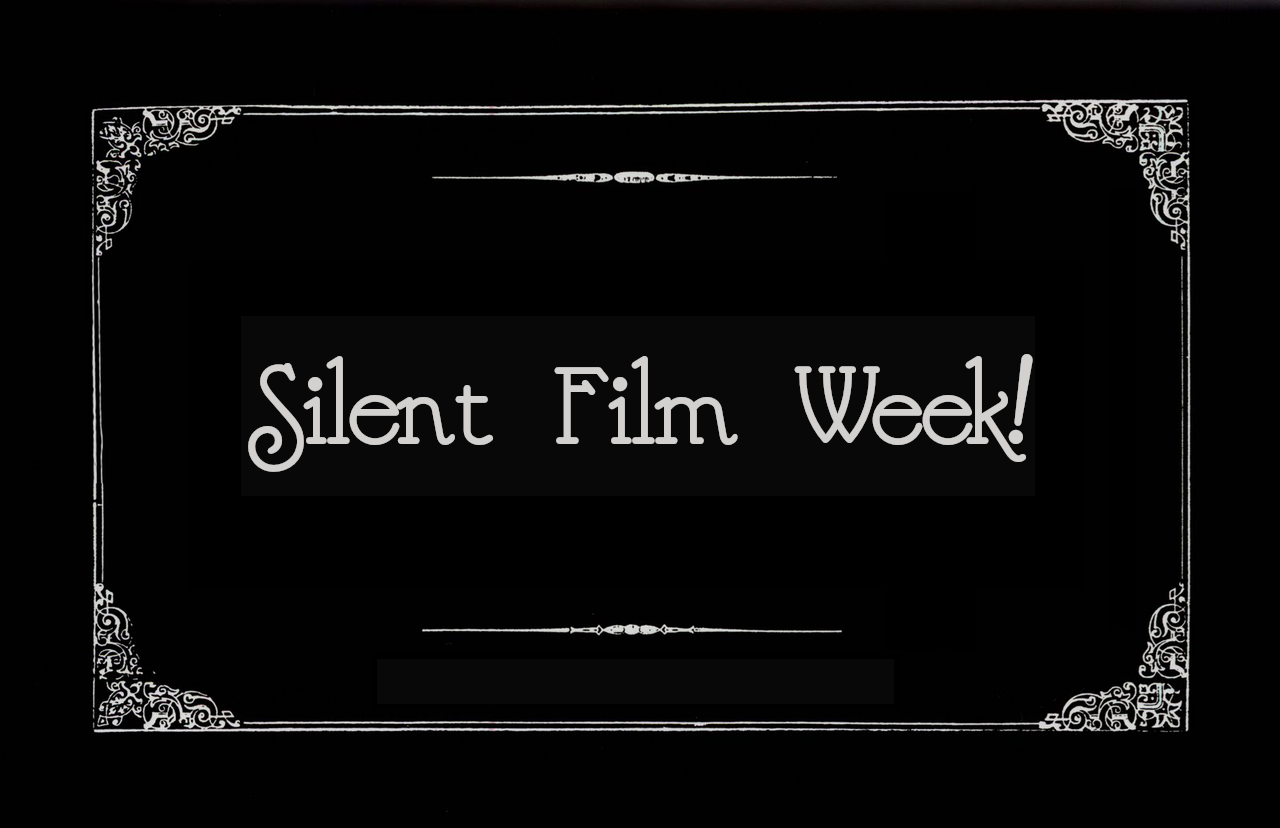 If your school district is like ours, they're currently arguing over when classes should start, how they should start, who exactly should be there when they start, and how to get this Zoom thing to work properly. But for the Stay-at-Home Film School, class is now in session.

The concept here is simple: every week you pick from a list of films and by the end of the year, you'll have gotten a survey of the entirety of film history. Your homework is to watch movies. Simple!

This is most effective if you watch one (or more!) of the films each week and write a short review of it on Letterboxd. Why the short review? A work of art will stick with you longer if you force yourself to reflect on it, even if for only a few minutes, before you move on to another episode of The Office.

Naturally, we'll start our journey with the Silent Film Era.

It can be somewhat hard to wrap your head around the fact that the entire history of what we think of as "movies" doesn't even go back 100 years. Other than photography, most art forms stretch back hundreds and hundreds of years. Cinema? About 90-120 years.

The Lumière brothers debuted Train Pulling Into Station in 1896 and, according to legend, the audience ran away from the screen in terror.

Within a year or two, French magician Georges Méliès was making his own films. He made hundreds of them, growing the art form by leaps and bounds. You're probably familiar with his short film where a rocket crashes into the moon.

The first feature-length film didn't happen until 1906's The Story of the Kelly Gang. For a while, the U.S. film industry operated out of New Jersey, then Jacksonville, Florida, but they quickly realized they didn't want to live in either of those places (who does?) and the industry followed the very, very racist D.W. Griffith to Southern California in the 1910's. He shot the first "Hollywood film"--a short--in 1910.

There was also a World War in there, which didn't help.

Which is all to say that these early silent films didn't have a lot of history to pull from. They were very much figuring this out as they went along.

But, man did they figure some things out.

To me, what's always amazing about these great silent films is the things they were able to pull off with minimal resources. Some of these stunts and effects and edits are as impressive as anything that's come along in the 100 years since, arguably more so, because they're all done in-camera.

Try to do something like that on your iPhone and have it look seamless. Good luck.

There's a lot of options this week that cover a range of experience.

If you want to get a little deeper: Metropolis, Sunrise, or Joan of Arc.

For a really advanced move, A Man With a Movie Camera.

The scene where Harold Lloyd hangs from the clock is one of the first iconic images in film. Like most of the leading men from the silent era, Lloyd did the majority of his own stunts and it took quite a few in-camera special effects to pull this off. As for the famous clock shot? Criterion has a nice video explaining how he did it.

No one did stunts like Buster Keaton. No one. Here he plays a movie projectionist who falls asleep and dreams of solving a case.

The story is that Keaton broke his neck on this film and didn't find out until years later. Dude was bad ass.

Noel Murray from the late, great website The Dissolve has a nice piece about it.

[Keaton] locks his stone-faced hero into a path that the audience can see is about to lead him into trouble, and then at the last second, Our Man switches paths, like a train moving onto a siding. In Keaton’s world, nearly every problem can be solved through simple geometry. Only very rarely are sharp diagonals involved.

Another option from Buster Keaton is The General (on Amazon Prime).

All your science fiction movies, all your superhero films, your Star Wars, your Star Treks, the whole Marvel Universe, it all pulls from here.

Nearly all the prints from Fritz Lang's masterpiece were destroyed in WW2, but a couple survived and recently a new restoration was made from a print that made its way to South America after the War (I'll let you do the math on how that happened).

This is a 2 and a half hour silent German film, but it's worth every second.

“Metropolis” does what many great films do, creating a time, place and characters so striking that they become part of our arsenal of images for imagining the world. Lang filmed for nearly a year, driven by obsession, often cruel to his colleagues, a perfectionist madman, and the result is one of those films without which many others cannot be fully appreciated.  ( Roger Ebert)

At the very first Academy Awards, this won the Oscar for "Best Picture, Unique and Artistic Production", an award that was only given out once. It also won Best Actress (Janet Gaynor) and Cinematography.

Hollywood managed to lure the German Expressionist master F.W. Murnau (Nosferatu) across the pond for his American debut and gave him quite a lot of freedom to do whatever he wanted.

There's a lot of innovation here. Murnau achieved an early Steadicam-style technique by suspending the camera from overhead wires. That shot above? It was done entirely in-camera.

It was an era before optical printers, let alone computers; the camera operators masked part of the film, exposed the rest, then masked the those portions and exposed what remained. Meticulous control of the lens and the counting of individual frames was necessary. (Roger Ebert)

This is one of the few "Great Films" I've not managed to see yet, so I'm excited for this excuse to finally watch it.

The Catholic Church forced edits of this, because of course they did, and it wasn't until 1981 that Dreyer's cut was found in a janitor's closet in an insane asylum in Norway. Go figure.

The Passion is perhaps a tribute even more to the power of the cinematic image than to its sainted subject; it reveals that certain elements of human feeling are constant through the centuries. Dreyer wrote, “I did not study the clothes of the time, and things like that. The year of the event seemed as inessential to me as its distance from the present. I wanted to interpret a hymn to the triumph of the soul over life.”  ( The Criterion Collection)

There's a LOT going on here.

One of the first examples of a big, broad Hollywood SPECTACLE, this is the film that created the legend of Kong.

The ground-breaking stop-motion effects hold up really well and mesh flawlessly with the matte paintings and rear projection footage used to create the jungle and New York City. Here's a nice summary of the effects and covers a lot of early filmmaking magic:

It's worth mentioning (and not-at-all-surprising) that King Kong is pretty problematic, although it wasn't considered so at the time.

You can't tell the story of cinema without Chaplin. He was the first big star of the movies and was, for a time, the most famous person on the planet.

In his Little Tramp's final film, he battles the big machine of automation. By 1936, the "talkies" were taking over, but Chaplin resisted. He brought sound into the film in other ways, but never let the Little Tramp speak.

The factory assembly line scene was the inspiration for one of the most famous scenes from "I Love Lucy".